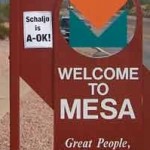 Despite being home to more than 460,000 people, making its population larger than more recognizable cities such as Miami, St. Louis and Oakland, Mesa is decidedly a bedroom community.

Mesa is home to the Polytechnic campus of Arizona State University.

Get a Free Rate Quote →

How can we help?